Ever since I was first shown a photo of a Green Jay I knew I definitely needed to venture down to the southern corner of Texas, known as the Lower Rio Grande Valley.

This is also the only place you get to see 20+ species of unique Mexican birds in the United States.

My wife Lauren decided that after driving 27,000 miles around the US with me she would be happier to stay at home base in College Station and relax, I was on my own this time. I could’t really blame her as it was 100F (38C) everyday and the humidity was very high. I left College Station early on Saturday morning making sure I could comfortably drive the 650km and get there in time to do some birding that evening. The road down wasn’t very interesting but I did get to see one of my favourite birds of prey, the Caracara.

Arriving in the LRGV I headed straight to the Santa Ana National Wildlife Refuge, it was surprisingly quiet which was nice. They had heaps of great walking tracks and a feeding station set up, these are always a great place to sit patiently and watch what comes in.

While walking I had my first fleeting glimpse of a Green Jay, they had a couple of young up high in a tree so I decided I would leave them alone and carry on. I also saw Groove-billed Ani, Kiskadee and the very strange Plain Chachalaca. After finishing the walk I wasted the rest of the evening sitting at the feeders, I had Great Kiskadee, Plain Chachalaca, Green Jay, Red-winged Blackbird, Buff-bellied Hummingbird and even had a Texas Indigo Snake come within a meter of me looking for dinner! It seemed strange to me that there was very little camping available here, the first night was a very hot and uncomfortable in the back of the car.

The next morning I got up early, got a coffee then headed for my next destination which was Bentsen Rio State Park.

This is the base of the Lower Rio Grande “World Birding Centre”, I got there just before sunrise and again strangely quiet? The state park was closed to traffic but they had a shuttle bus that could run you around to all the hot spots in the park, I opted to use foot falcon. The park was loud with bird activity and it was a beautiful morning, I soon notched up a few new species Green Kingfisher, Orchard Oriole, Long-billed Thrasher, Black-crested Titmouse and Black Phoebe. I found a quiet bird hide in the far corner of the park and set up, there were a couple of feeding stations set up but sadly they were empty. There was some water in the pond and with it being so hot I was sure something would turn up.

To my surprise and enjoyment just about every species I was targeting came in to drink and also posed for me, including my main target the beautiful Green Jay. Getting a good photo of the Green Jay was hard, not only were they quick and cautious but most of the adults looked very drab and had feathers missing. Lucky for me just before I left a small group of what looked like young males turned up and I managed a few of photos I was happy with. I also had a very entertaining group of Plain Chachalaca turn up with young, they remind me of our Lyrebird in Australia. 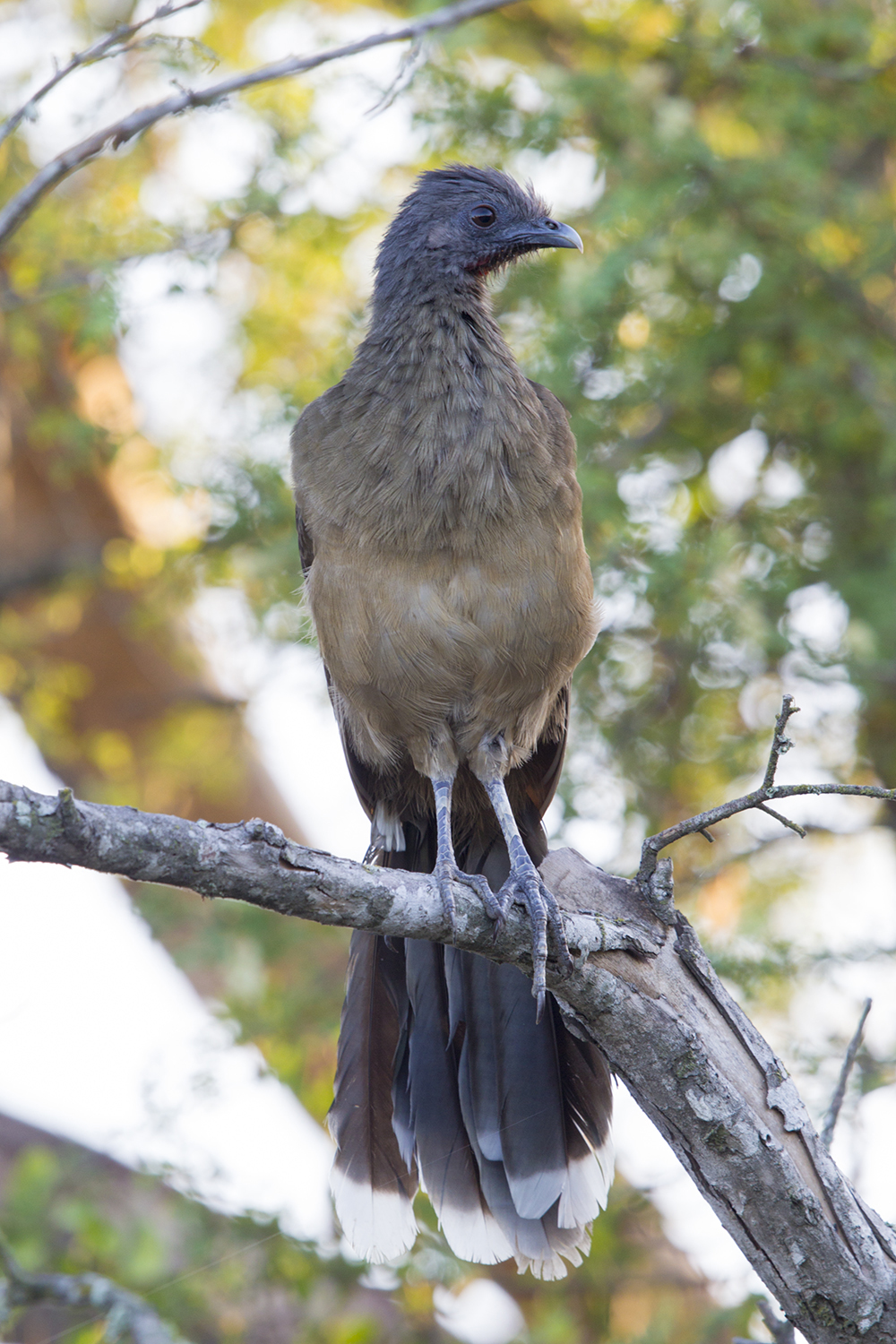 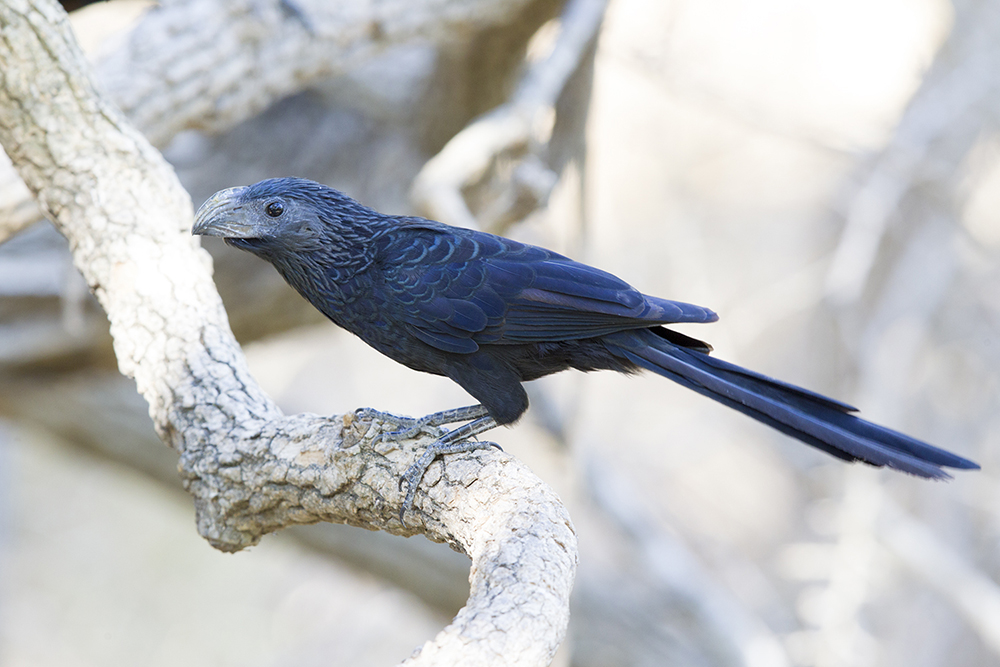 The rest of the day was spent processing photos and booking a hotel, I wasn’t going to sleep in the back of the car again.

That afternoon I headed to another birding spot called Resaca De La Palma State Park, this was the newest park in the area but still thought it was worth a look. I was told the park gate shut at 5pm which was annoying so a did a quick walk out to the pond then back, I didn’t see anything new so I headed back to watch the Hummingbird feeders they had set up. A stunning male Altamira Oriole perched in a tree close to me just long enough for a good look but sadly not a photo, geez what a handsome looking bird. I did manage a photograph of this beautiful Buff-breasted Hummingbird tho. 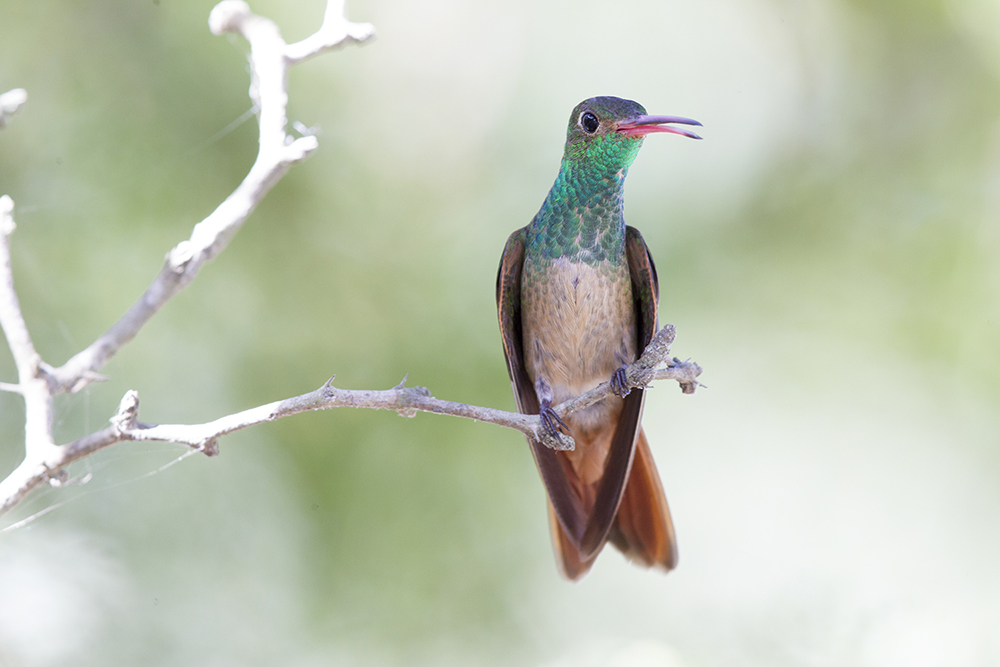 That evening I had been told about a park near my hotel in Brownsville that had a whole heap of Amazonian Parrots turn up on sunset, that was right up my alley so at around 6.00pm I headed down there. I arrived way too early, eventually at around 7.15pm they started arriving, I had around 100 – 150 comical and noisy Amazonia parrots right above my head! The majority of them were Red-crowned but I did see a couple of Lilac-crowned and two Yellow-headed Parrots. On the second morning, after a very productive couple of days inland, I decided to get up early and head to the Lower Rio Grande Valley National Wildlife Refuge and the coast.

The drive out to the coast produced Belted Kingfisher, Snowy Plover, Ruddy Turnstone, Harris Hawk, Willet & Black-bellied Plover. Another surprise was seeing a couple of Nilgai, this feral species of Antelope that was introduced from India and is now a hot target for hunters. After finishing up at the Wildlife Refuge I headed up to South Padre Island to look for some waders and maybe an American Alligator.

First stop was the South Padre Island birding centre, they didn’t open until 9am which was a bit annoying. When they did finally open I was first down the boardwalk which was buzzing with life, Tricolored, Great-blue, Snowy, Green and Great Egrets, White Ibis, Rosette Spoonbills, Willet, Mottled Duck and a young Yellow-crowned Night Heron. There were also 20 + Lesser Nighthawks flying around above me, I’ve never seen so many out that late in the morning? I managed one flight shot that turned out ok but it was hard work. Further down the boardwalk I came across a nice female American Alligator, on the opposite side of the boardwalk you could also see her nest which was cool! I was told her babies had hatched a week ago. On the drive home out of the corner of my eye I spotted a large bird in a group of Great Egrets, I spun the car around and headed down to where I saw it. Lucky for me there were three Wood Storks amongst a whole heap of other birds including a massive group of Black-bellied Whistling Ducks, another new species for me.

That afternoon I decided to head west and explore Estero Llano Grande, this beautiful park was in a very random spot but had heaps of life around every corner. I added Clay-colored Thrush and finally got a great photo of a Black-bellied Whistling Duck in one of the back ponds. I had never seen so many Red-winged Blackbirds in one spot, there must have been over 1000 of them. 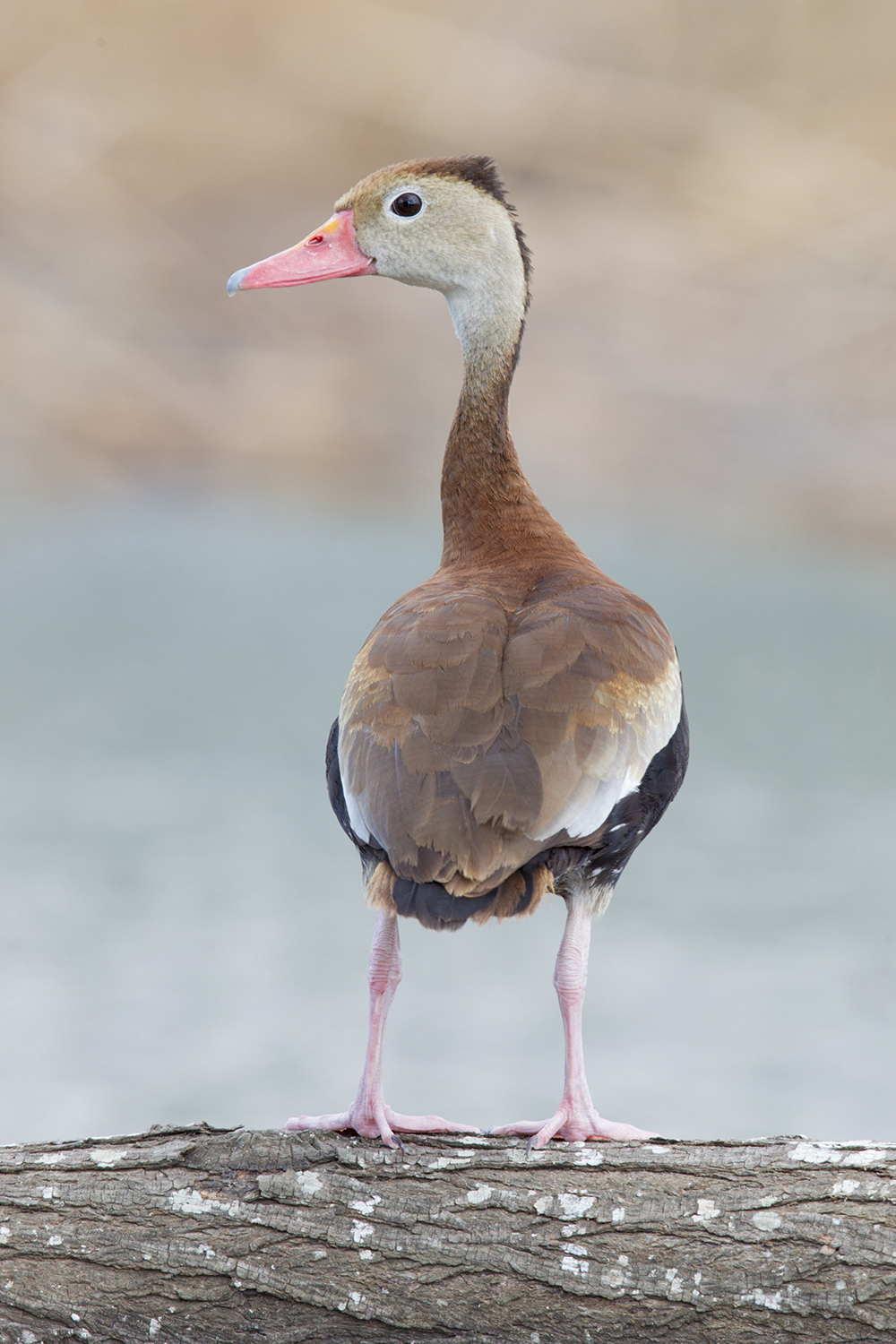 last morning in the Lower Rio Grande was spent exploring Sabel Palms Sanctuary, I had heard it was a good spot so I was there at 7am when it opened. I pulled up to a beautiful old plantation house which was also the visitor centre, I was greeted by a beautiful Great-horned Owl which was a great start.

Firstly I headed down to the pond, I was first to arrive so there were a lot of birds around including Black-bellied Whistling Ducks, Black-crowned Night Heron, Pied-billed & Least Grebes, Green Kingfisher and a large group of around 50 Wood Storks all busily trying to catch a fish for breakfast. There were also a couple of Caracara behind the pond sharing something dead with the local Black & Turkey Vultures. After the pond I headed to the feeding station to see what was hungry, I was greeted by White-tipped Pigeons, Olive Sparrows, Chachalaca, Black-crested Titmouse, Hooded Oriole, a single immature Altimera Oriole and a heap of my favourite bird the Green Jay. A great finale to my LRGV adventure. The whole trip was a great success adding 20 new species and 46 new photos to my website in just fours days! Im happy if I get one or two great photos a day.

Definitely well worth the effort for me to drive to this remote corner of the US, I will definitely be back one day.